Sponges are aquatic animals, living mostly in the marine environment. They have neither brain nor central nervous system and maintain plant like qualities.
The product of at least 700 million years of evolution,sea sponges are among the world’s simplest living organisms.
They survive by filtering microscopic plants and oxygen from the water, growing slowly over many decades.
Commercially, they are prized for their natural softness and resistance to tearing, and their ability to absorb and discharge large amounts of water.
Scientists know of more than 5,000 different species, though for commercial use are just harvested a handful of types and the best of them are the Mediterranean sea sponges types Honeycomb (Hippospongia communis) and the Fina Silk (Spongia Officinalis-Spongia Zimocca). 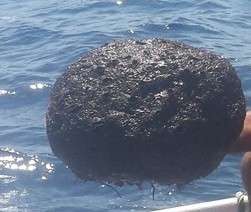 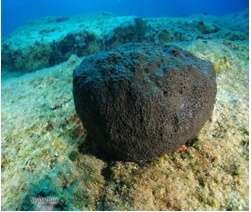 Types of our sea sponges:

100% eco friendly and sustainable. Sea sponges are the most natural and healthy way to cleanse and care for the skin! 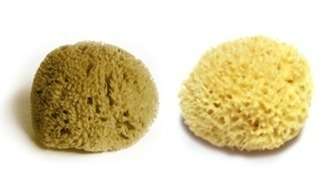 The Honeycomb sponge is the finest quality sea sponge available. Growing in depths of 15-70 meters at the Mediterranean coasts. The king of sea sponges, superior quality ,extremely soft and durable ideal for babies and adults bath.

The ultimate in luxurious bathing. Available in all sizes. 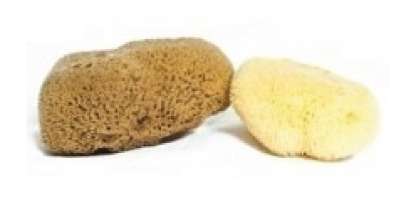 Fina ‘silk’ sponges , harvested for specific areas of the Mediterranean sea, are the softest sponges and have the smoothest surface.

In smaller sizes the Fina ‘silk’ sponge is perfect for cleansing, ex-foliating and massaging the skin , excellent for the application and removal of cosmetics.

The ideal sponge extremely long lasting and gentle ,for daily use on delicate skin, whether baby or adult.

The higher quality sea sponge of Atlantic and Caribbean seas.

Absorbent, durable and soft used for for children and adults bath.

Similar but not as good as Honeycomb type. 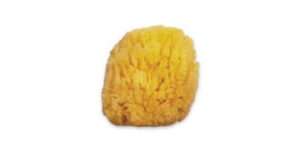 A type of sponge available in Caribbean, in economy category ,in a golden yellow colour ,soft when wet, durable, excellent choice for exfoliating and scrubbing sponge.

A type of sponge available in Caribbean, in economy category ,in a golden yellow colour ,soft when wet, durable, excellent choice for exfoliating and scrubbing sponge.

Benefits of Sea Sponge’s use

When using a natural sea sponge for your personal hygiene, the pores of the skin are opened allowing the skin to breathe and facilitating the blood circulation. Cosmeticians universally agree that sea sponges are the most appropriate sponges for facial and infant care, since they do not retain any bacteria.
Sea sponges also naturally inhibit the growth of bacteria.

Natural Sea Sponges are softer, clean better and will not peel like synthetic sponges while being used. When wet they can be compared to the feel of silk yet can clean like no other washcloth can.With normal care, Natural Sea Sponges can easily last many months.

Consider the low-fuss simplicity of a natural sea sponge:
perfectly imperfect, they’re a reminder that not everything needs to be just so. Filled with innate enzymes and minerals, sea sponges are hypoallergenic and naturally exfoliating.

– Soft natural texture which revitalizes the skin.
– Stimulates the circulation with superior cleansing properties.
– Hypoallergenic, ideal for delicate and sensitive skins,babies and children.
– Effective for skin conditions such as eczema and psoriasis.
– No mould or mildew, thanks to natural enzymes and doesn’t retain odours.
– Organic and durable, sustainable and biodegradable.
– Honeycomb and silk fines Sea Sponge types from East Mediterranean, more durable than synthetic and other sea sponges, as they can last for months.

Our sponges are carefully chosen to be the perfect hand-held size for washing, are as soft as silk when wet, and have a smooth surface.

While harvesting, divers are careful to ensure that the base of  the sponge remains intact. This puts into motion its natural  reproduction. The sponge then will regrow within a few years,  often bigger and healthier than its original state.
Additionally, the sponges regenerate as the natural process of  the tide and currents will pick up sponges and they will regrow  in new locations.Sponges, as soon as come out from the sea, are washed and presses with sea water ,multiply times, by fishermen.By this way the black substance covering the sea  sponge is removed and sponges left at the sun to dry.

Many clients prefer their sponges to have the known yellow  colour. In this case sponges pass a process unchanged from last century in the Greek islands, including multiple washing with sea water. After  the color changes to yellow the sponges are left  to dry completely and last the final screen where we carefully  remove any marine debris that might be inside the sponge.

One of the first written references to the use of a sea sponge is found as far back as around 800 B.C. in the works of Homer in both his Odyssey and in the Iliad, where it is said that a  sponge was placed into the hands of the god Hephaestus who then cleaned his hands, face and chest.And in another place, where servants of the palace of Odysseus used a sea sponge to clean the royal tables after the wasteful  meals of the suitorsof Penelope.She sea sponge has also been referenced in the writings of both Aristotle and Plato in both historic and scientific contexts.

Long before the time of synthetic products and artificial remedies,  natural sponges of the sea were used by the ancient Egyptians, Greeks, and Romans, as well as many other peoples of the Caribbean and the Mediterranean.

This tradition lived in Greek islands of Aegean and surrounding seas  with Greeks merchants trade sea sponges in all continents from  North America – Carribean – West Europe- Middle East til S.E. Asia.Over time, through trade and exploration, these versatile wonders of the sea became popular all throughout Europe and the Western world as well and have remained a treasured resource to the present day.

Natural sea sponges are of greater value over synthetic sponges for many reasons. Sea sponges are more durable and last longer than synthetic sponges because they are more resistant to abrasion. They are better for bathing and cleaning because they soak up and hold more water without dripping and at the same time, they are self-cleaning through their intricate system of canals.

Certain synthetic sponges which are antibacterial contain the chemical triclosan. This chemical is an antimicrobial which is used in synthetic sponges to keep plague at bay. This is to prevent the growth of many harmful microorganisms on the sponge. This chemical is said to be harmful to health as it can have a negative effect on the nervous system and hormones. Natural sea sponges actually have enzymes in them that inhibit the growth of mould, mildew, and bacteria. Yet, they are toxin-free and hypo-allergenic. With the natural sea sponges skin can be naturally and easily saved from dead skin cells.The skin is provided with a soft exfoliation and massage and better circulation due to the special fine pores of sponge.

© 2022 kereso-sponges.com. All Rights Reserved. | Sitemap
We use cookies on our website to give you the most relevant experience by remembering your preferences and repeat visits. By clicking “Accept All”, you consent to the use of ALL the cookies. However, you may visit "Cookie Settings" to provide a controlled consent.
Reject AllAccept All
Manage consent

This website uses cookies to improve your experience while you navigate through the website. Out of these, the cookies that are categorized as necessary are stored on your browser as they are essential for the working of basic functionalities of the website. We also use third-party cookies that help us analyze and understand how you use this website. These cookies will be stored in your browser only with your consent. You also have the option to opt-out of these cookies. But opting out of some of these cookies may affect your browsing experience.
Necessary Always Enabled
Necessary cookies are absolutely essential for the website to function properly. These cookies ensure basic functionalities and security features of the website, anonymously.
Functional
Functional cookies help to perform certain functionalities like sharing the content of the website on social media platforms, collect feedbacks, and other third-party features.
Performance
Performance cookies are used to understand and analyze the key performance indexes of the website which helps in delivering a better user experience for the visitors.
Analytics
Analytical cookies are used to understand how visitors interact with the website. These cookies help provide information on metrics the number of visitors, bounce rate, traffic source, etc.
Advertisement
Advertisement cookies are used to provide visitors with relevant ads and marketing campaigns. These cookies track visitors across websites and collect information to provide customized ads.
Others
Other uncategorized cookies are those that are being analyzed and have not been classified into a category as yet.
SAVE & ACCEPT